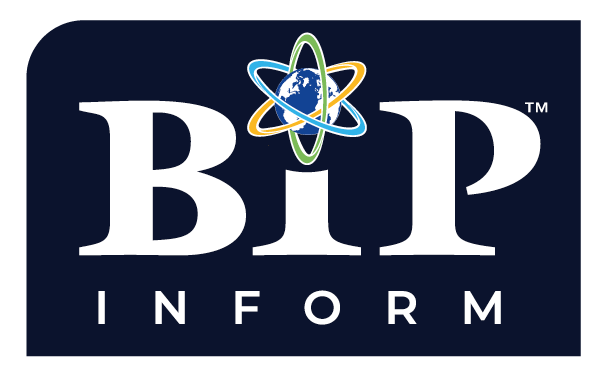 On 3rd March 2021, Chancellor Rishi Sunak delivered the UK Budget in the House of Commons, outlining the Government’s spending plans in the coming months and years.

As the nation prepares to tentatively ease COVID restrictions over the coming months, this budget announcement was one of the most eagerly anticipated for many years. Perhaps the main takeaway for businesses across the UK is the extension of the job retention scheme until the end of September. Mr. Sunak said the scheme would continue to help millions through the challenging months ahead.

Delivering the budget in Parliament Chancellor of the Exchequer Rishi Sunak said:

“This Budget meets the moment with a three-part plan to protect the jobs and livelihoods of the British people.

“First, we will continue doing whatever it takes to support the British people and businesses through this moment of crisis.

“Second, once we are on the way to recovery, we will need to begin fixing the public finances – and I want to be honest today about our plans to do that.

“And, third, in today’s Budget we begin the work of building our future economy.”

Predictably, the initial focus of the budget announcement was around the ongoing support for those areas of the economy worst-hit by the COVID-19 pandemic. As well as the extension to the furlough scheme, the Chancellor also announced an extra £1.65 billion cash injection to ensure the Covid-19 vaccination roll-out in England continues to be a success. Mr. Sunak also announced £28 million to increase the UK’s capacity for vaccine testing, support for clinical trials and improve the UK’s ability to rapidly acquire samples of new variants of COVID-19.

As part of Government efforts to support, protect and create jobs, the Chancellor announced increasing support with £126 million of new money to enable 40,000 more traineeships, and doubling the cash incentive to firms who take on an apprentice to a £3,000 payment per hire. Also announced was £7 million for a new “flexi-job” apprenticeship programme in England, that will enable apprentices to work with a number of employers in one sector.

To balance the need to raise revenue with the objective of having an internationally competitive tax system, the rate of Corporation Tax will increase to 25%, which will remain the lowest rate in the G7. In order to support the recovery, the increase will not take effect until 2023. Businesses with profits of £50,000 or less, around 70% of actively trading companies, will continue to be taxed at 19% and a taper above £50,000 will be introduced so that only businesses with profits greater than £250,000 will be taxed at the full 25% rate.

Mr. Sunak announced the formation of a new UK Infrastructure Bank to be based in Leeds. It will see an initial £12 billion in capital, with the aim of funding £40 billion worth of projects. Local Authorities will gain access to £4Bn in loans, which can be tailored for projects around transport, storage and renewable energy. Speaking ahead of the budget announcement, the Chancellor said:

“We are backing this bank with the finance it needs to deliver modern infrastructure fit for the 21st century and create jobs.

“This shows how serious we are about levelling up the country so that everybody can benefit from our future prosperity.”

The Chancellor also reiterated the need for a commitment to green investment, which the Infrastructure Bank will help with.

He also announced a £20 million to fund UK-wide competition to develop floating offshore wind demonstrators and help support the Government’s aim to generate enough electricity from offshore wind to power every home by 2030.

The chancellor also spoke about Freeports, something which he said ‘could only be done now we have left the European Union.’ He announced that eight new English Freeports will be based in East Midlands Airport, Felixstowe & Harwich, Humber, Liverpool City Region, Plymouth, Solent, Thames and Teesside and will be special economic zones with different rules to make it easier and cheaper to do business.

Beginning in April 2021, a new super-deduction will cut companies’ tax bill by 25p for every pound they invest in new equipment meaning they can reduce their taxable profits by 130% of the cost. This is worth £25 billion to companies over the two-year period the super-deduction will be in full effect.

Support for the whole UK

In addition to the announcements which apply to the whole of the UK, this budget also provides an additional £2.4 billion to the devolved administrations in 2021-22 through the Barnett formula.

“Given the experience of the past 12 months, it is encouraging to see continued and increasing investment into public service delivery and particularly areas such as infrastructure and sustainable energy. This, and the exciting changes heralded by the Transforming Public Procurement Green Paper, make it a time of opportunity for all engaged in the public sector supply chain – and we look forward to supporting buyers and suppliers as we navigate our way through this period.”

Press notice: Transforming Procurement in 2021 – Have your say

Last month, the Government published their Transforming Public Procurement Green Paper, with the goal of speeding up and simplifying procurement processes, placing value for money at their heart, and enabling innovation in public service delivery. And, while the proposals currently only apply to contracting authorities in England* - along with reserved functions in the devolved nations - the paper has the potential to transform public procurement in the years to come.

With this in mind, our research arm, BiP Inform, has just launched our inaugural survey, Transforming Public Procurement in 2021, to understand the thoughts and opinions of public sector buyers and suppliers with regards to the latest proposals.

Our study proposes to generate a snapshot of where organisations see the biggest opportunities but also identify any potential areas of concern and how collectively, this will impact on the future of procurement.

BiP Solutions are now actively engaged with the Cabinet Office in discussions regarding the Green Paper's proposals, and the feedback from this research will support our response to the official consultation, which closes on 10 March 2021.

‘At BiP Solutions, we are acutely aware of the impact these changes could have on new and existing customers so we plan to keep everyone informed throughout 2021 via a comprehensive communications programme, which will use all channels available to us to push this important message.

The world of procurement may be changing but BiP will continue to do what we have done for the last 37 years and that is to support, advise, and guide organisations to ensure they are prepared for changes as and when they arise.’ (Grahame Steed, Content, Research and Communications Director, at BiP Solutions.)

We are now seeking contributions for our research project and have already received over 100 responses to date. If your organisation would like to contribute, please do complete our short, online questionnaire here.

Disclaimer: The contents of our webinars are provided in good faith and are not to be construed as legal or commercial advice or a substitute for such advice. BiP Solutions is not liable for any actions taken or not taken as a consequence of engagement with this material